During a VLADTV interview conducted by Star, Lady Luck confirmed that she is scheduled to battle Chayna Ashley. Luck said that she really wanted to battle Ms Hustle but indicated that she is tired of negotiating prices with Beasley and the SMACK/URL team. The constant negotiating lead luck to curb the battle. She says that the amount of money that she was offered was an insult.

QOTR has since approached Luck to battle on QOTR. Luck feels that QOTR made the better offer and contends that that was the deciding factor in her decision to return to battle rap.

“Nobody wants to see you battle Chayna” -Star to Lady Luck

During the interview K-Shine was somewhat evasive, stating that never witnessed any money being exchanged and that he has no idea where the $12,000  is. Shine did state however, that T-Rex actually did have actual intentions of battling Myers. Shine says that he heard the bars for himself and that he believes Rex would have battled if he didn’t get locked up.

Charlie Clips on Why URL Battles Mean More Than Other Leagues

Published on Feb 3, 2015
http://www.vladtv.com – Big T feels some type of way about the presence of the mainstream industry stepping into Battle Rap and corrupting it to the point where the beloved lyrical sport could potentially die.
He was so stressed out about this topic, that in order to truly address it, he had to take his camera for a long stroll through the brisk snowstorm in the “Windy City” Chicago streets. T endured the snowfall as he touched on how mistreated he feels Battle Rappers are, meanwhile, industry rappers have the ability to step into their lane and make more than they have possibly in their entire careers, for just one battle.

T doesn’t think that this is fair at all and that Battle Rappers, especially the true veterans of the sport like himself, should be paid accordingly and not underminded by industry newcomers. If industry artists are going to be given this favortism, then he thinks it is only fair that battlers be brought over to the music side of mainstream Hip Hop in order to showcase their skills. He hilighted various battlers who have broken the stigma that “Battle Rappers can’t make good music,” which he feels was wrongly placed upon them by the mainstream industry.

Do you agree with Big T? Should battlers be compensated as much as industry artists when they step in the ring with them?

Norbes Feels That Clips Doesn’t Live Up To His Potential 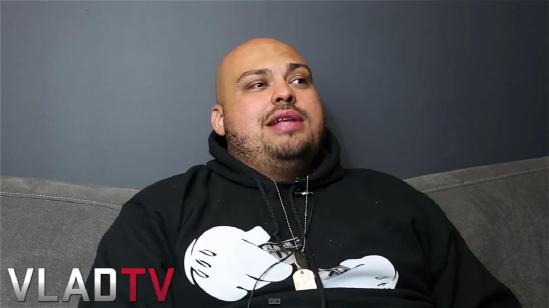 Norbes gave VLADTV his insight on some of the  Summer Madness 4 card matchups. He spent a lot of time analyzing the energy behind the Conceited vs. B-Magic matchup but the comments that stood out most were the references to Charlie Clips as “the most talented Battle Rapper on the planet” who displays laziness in some of his battles.

Conceited Says He Could Out Punch Cassidy Easily

Here’s another clip from the latest VLADTV Conceited interview. Con says that  [besides B Magic] he is currently only looking forward to battling Cassidy [for the title of punchline king].